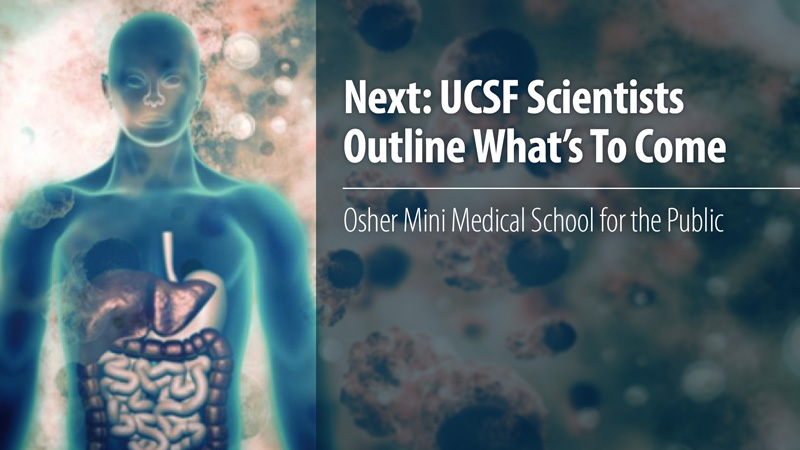 UCSF has a long history of pioneering biomedical research and a bold vision for advancing science and seeking new ways to improve health care delivery nationwide. But, what does that actually mean in the near future and beyond?

This new series, part of the popular Mini Medical School for the Public, takes you inside the work of UCSF scientists to learn what the next decade may bring to the world of medicine. Hailing from a wide spectrum of disciplines, each explores a different topic that has the potential to impact the future of healthcare.

UCSF was the only medical school to be ranked in the top five in the nation in both research and primary care by US News and World Report, ranking fifth in biomedical research and third in primary care education. UCSF was also the only medical school ranked in the top five in all eight of the specialty areas covered by the survey in 2019. 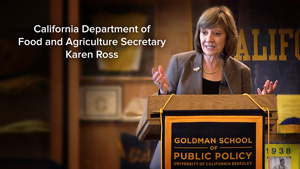 Eating right takes on a whole new meaning when you watch “Living for Longevity: The Nutrition Connection” this month on UCTV.

In her helpful talk from UC San Diego’s Stein Institute for Research on Aging, Vicky Newman, MS, RD, explains how the right balance of foods, part of an anti-inflammatory eating plan, can maximize your health and energy level.  Learn practical tips for controlling your weight, maintaining bone strength and reducing the risk of common chronic diseases associated with aging. You’ll also find out about foods that support the body’s immune and detoxification systems, how to maintain a healthy (and happy) gut, and how to balance your fats to support your health and well-being. Agriculture isn’t just about sowing the land; it’s about finding solutions to modern problems facing our food supply.  With farmland shrinking and a hungry population growing, what’s being done to ensure an abundant food supply that will be healthier, last longer, taste better?

In the second installment of the UCTV Prime series “9 Billion Mouths to Feed: The Future of Farming,” we’ll learn about UC Davis’ unprecedented “100-year experiment” and meet the first graduates of a brand new major: sustainable agriculture and food systems.

Watch Field to Fork – 9 Billion Mouths to Feed: The Future of Farming (Ep. 2)