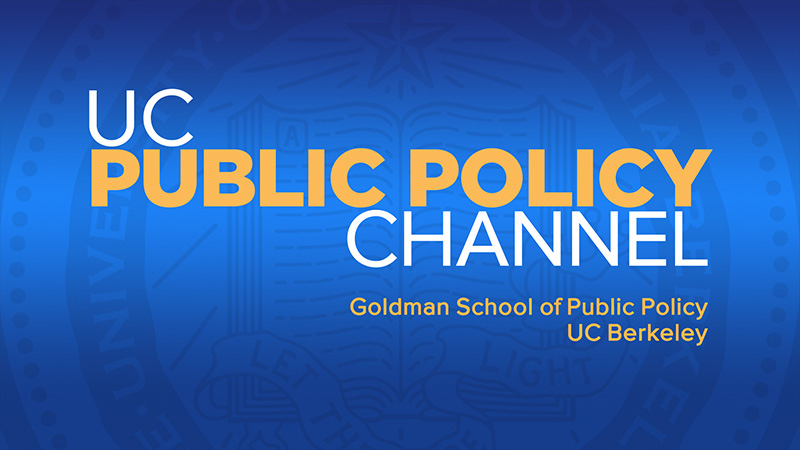 Six new programs on the UC Public Policy Channel wrap up a productive year of smart talk from the Goldman School of Public Policy at UC Berkeley. From economist Alan Auerbach, a deep dive into the impact of Trump’s tax cuts. From faculty members Elizabeth Linos and Amy Lerman, ideas on how governments can rebuild public trust. From Goldman graduate Annie Campbell Washington, a reflection on her rise to elected office in Oakland. From Jesús Guzmán, life as an undocumented student growing up in California. And finally, from Dean Henry E. Brady, inspiring words to his graduates on being true to their convictions, even when challenged by their institutions, in this stirring 2018 Commencement address. All essential summer viewing for informed citizens preparing to vote in the November midterms.

From Individual to the Nation: The New Tax Plan’s Impact with Alan Auerbach

The Government’s Reputation Crisis with Amy Lerman — In the Living Room with Henry E. Brady Smart thinking! That’s the reaction many had when Sudha Shetty told the story of how she reached women in Seattle’s South Asian community who may have been victims of abuse. As the then-head of Chaya, a domestic violence prevention program, Shetty tried to speak at numerous public events in order to raise awareness of the issue. But after being rebuffed again and again, she figured out how to bypass the podium gatekeepers. She printed Chaya business cards listing resources for victims and placed them in the women’s bathrooms, thereby avoiding the scornful gaze of the male event organizers. Hear more about this and other ways Shetty is now helping women as the director of the Hague Domestic Violence Project and the assistant dean of the Goldman School of Public Policy at UC Berkeley.