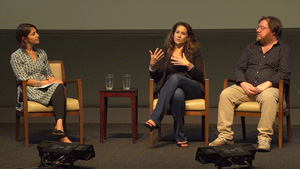 Sign up to receive UCTV News and Highlights by e-mail:

It’s been ten years since the U.S. and its allies invaded Iraq. How has the war shaped the country? Where is it headed? In two new programs, experts on the Middle East offer up their insights.

The Iraq War Since 2003: Ten Years of Consequences

Learn from leading experts in neurology, neuropsychology, neuroscience and geriatrics about how your brain works and how it changes with age. Presented by UCSF Osher Mini Medical School.

The Pursuit of Climate Justice

Former UN High Commissioner for Human Rights and the former President of Ireland Mary Robinson shares her vision of climate justice, linking human rights to science in order to protect vulnerable populations and foster equitable stewardship of the world’s resources.

Is Beer in Your Career?

What are the career opportunities in the burgeoning craft brewing industry? In this new presentation from The Career Channel, job seekers will learn the answers from a panel of experts, including Stone Brewing founder Greg Koch, who converse about why San Diego has become such a nationally renowned region for craft beer production, and where the professional brewing industry is headed.

Premieres May 20 on The Career Channel

All programs repeat throughout the month. Visit the Program Schedule on our web site for additional air dates and times.

Breast Cancer and the Environment

< The Scientific Case for Urgent Action to Limit Climate Change

Can Global Warming Be Held to 2 Degrees Celsius above Pre-industrial?

My Forty Years at Berkeley with Harry Kreisler

Asia, the West and the Logic of One World with Kishore Mahbubani

Listz in the World

Entrepreneurship in the HealthCare Industry with Lesie Bottorff