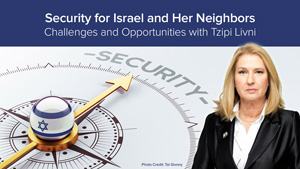 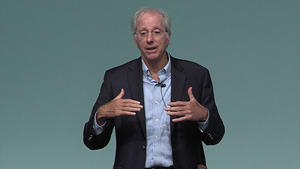 The Trump administration has clear objectives in the Middle East, but there is a wide gap between those objectives and the methods employed to achieve them. That’s according to Dennis Ross, a former special assistant to President Obama and current fellow at the Washington Institute. Ross spoke recently at UC Santa Barbara, breaking down President Trump’s Middle East policy into three key elements: counter-ISIS, counter-Iran, and achieving the “ultimate deal” between Israel and the Palestinians.

When it comes to ISIS, Ross says the president’s strategy is working in part, but is incomplete. The military effort to defeat the terror group has been largely successful, but ISIS will leave behind a power vacuum. Ross says without a comprehensive plan for reconstruction, security, governance and the inclusion of Sunnis in place, we risk another, similar terror group filling the vacuum.

In Iran, Ross says the Trump administration is pursuing a maximum pressure strategy, hoping to squeeze the regime with sanctions until it is forced to give up its nuclear program. Ross says a similar plan has made some headway with North Korea, but there is a major difference: the Iran nuclear deal. Ross says it will be difficult to put the necessary pressure on Iran when the US is the only country that has pulled out of the deal. Additionally, Ross says the administration has been largely absent from a growing conflict in the region concerning Iranian surface-to-surface missiles being sent to Syria, threatening Israel.

Finally, when it comes to Israel itself, Ross says the Trump administration is pursuing a deal with the Palestinians, but has made some missteps. Ross argues the approach of getting Arab leaders involved with negotiations was a step in the right direction, but the execution of the plan pushed Palestinians away from the table, and has ignored the recent actions of Mohammed Bin Salman in the death of journalist Jamal Khashoggi.

While Ross argues the Trump administration lacks sufficient strategy in three key areas of Middle East policy, he believes there are relatively simple changes the president could make. In the fight against ISIS, Ross lays out a plan to ensure the terror group is not replaced by something worse. In Iran, he predicts an opportunity to negotiate with Russia on both sanctions and a deal to keep Iranian weapons out of Syria. And, he even has some suggestions for how to achieve the ultimate deal between Israel and the Palestinians.