The Latest on Parkinson’s 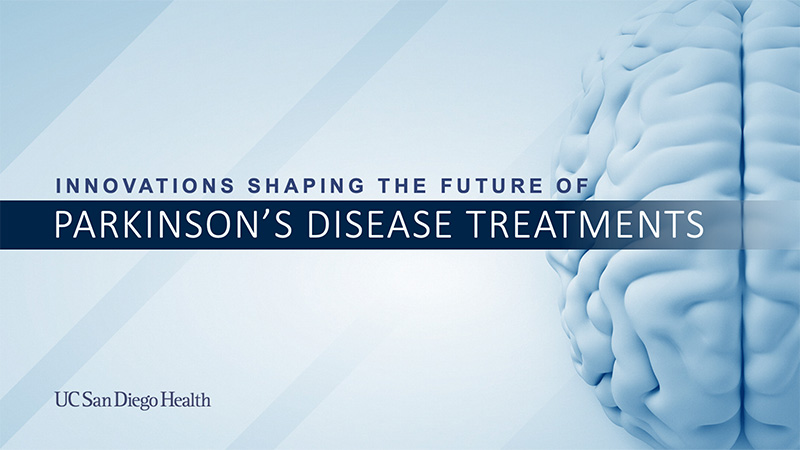 Parkinson’s disease (PD) is a neurodegenerative disorder that affects predominately dopamine-producing (“dopaminergic”) neurons in a specific area of the brain called substantia nigra. Symptoms generally develop slowly over years. The progression of symptoms is often a bit different from one person to another due to the diversity of the disease. People with PD may experience tremor, bradykinesia (slowness of movement), limb rigidity and gait and balance problems.

The cause remains largely unknown. Although there is no cure, treatment options vary and include medications and surgery. While Parkinson’s itself is not fatal, disease complications can be serious.

In this new series you will learn about the latest breakthroughs, leading-edge technology and care for Parkinson’s disease from interdisciplinary experts at UC San Diego.

UC San Diego Health is a designated Center of Excellence by the Parkinson’s Foundation. It represents the consensus of leaders in the field that the UC San Diego program is among the world’s leading centers for Parkinson’s research, outreach and care.