Can China and the US Cooperate to Defeat a Common Enemy? 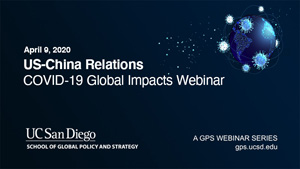