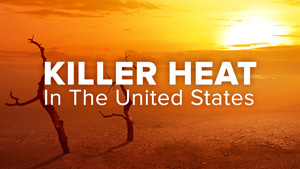 The United States is facing a potentially staggering expansion of dangerous heat over the coming decades.

Kristina Dahl, Senior Climate Scientist at the Union of Concerned Scientists, explains off-the-charts deadly heat, just how bad it could get, and what we can do to avert the worst-case scenario.

She explores a recently released report that shows the rapid, widespread increases in extreme heat that are projected to occur across the country due to climate change. This combination of temperature and humidity includes conditions so extreme that a heat index cannot be measured. The results show that aggressive emissions reductions to limit global warming to 3.6 F or less would limit the intensity of the coming heat.