The Bright Future for Video Gamers and Esports 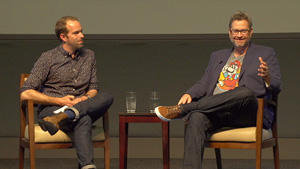 Real competition.
Real professionals.
Real emotions.
Esports have come a long way from groups of friends playing video games in the living room. Digital sports now fill arenas and command huge TV ratings, with hundreds of thousands of people watching online. So, what does the future hold for the growing industry? Dave Stewart, the executive producer of Riot Games’ North American League of Legends Championship Series, predicts the audience is only going to get bigger. In a fascinating conversation, Stewart discusses what it takes to put on huge events, like the World Championships that drew thousands of fans to a stadium in China in 2017, and how he plans to keep breaking records. He looks at how producers are taking notes from traditional sports – following player storylines and focusing on the emotions of the competition.