Why Do People Reject Good Science? 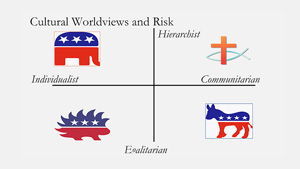 Many people will consider factual information and it will change their understanding. But there are some for whom, “Providing more, accurate information doesn’t seem to change their opinions or make them alter their erroneous views,” says Eugenie Scott, Founding Executive Director of National Center for Science Education. For example, Americans have a much lower incidence of acceptance of evolution than people in any other developed country in the world. The same is true about the acceptance of anthropogenic climate change, despite the scientific evidence for both.

What explains this knowledge resistance?

We all view factual information through a filter of ideology, values, and group identification but these filters often make ideas very resistant to change because they prevent us from looking dispassionately at empirical evidence, facts and logic. Scott explores what drives knowledge resistance and what can break it down.