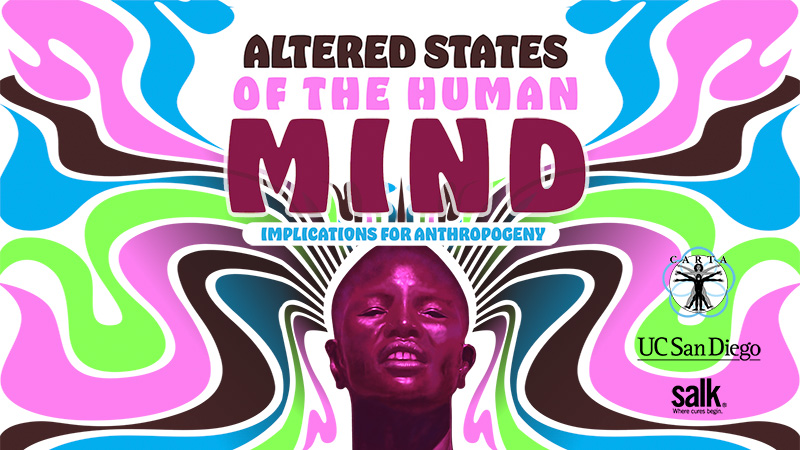 In this new CARTA series, experts address altered states of the mind that are deliberately induced by humans – from the use of psychoactive compounds both natural and man-made, to self-induced states of consciousness and awareness, to anomalous states precipitated by different physical conditions and behaviors. Find out what is known about origins and mechanisms of these mind-altering practices, and also (when known) how they affect the minds of other species. In doing so, researchers hope to gain new insights into the origins and workings of the human mind. 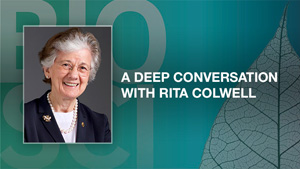 For over a quarter century, Rita Colwell has led a research effort that provided a more complete understanding of how one of the oldest and most chronic scourges of humanity – cholera – proliferates and spreads. But her efforts did not come easily or without challenges.

In this special presentation and open forum, she discusses her pioneering research into cholera and addresses themes and issues covered in her recently published book, “A Lab of One’s Own—One Woman’s Personal Journey Through Sexism in Science,” addressing many of the hurdles she faced as a woman scientist while advancing this research. Considered a science book for the #MeToo era, Colwell offers an astute diagnosis of how to fix the problem of sexism in science—and a celebration of the women pushing back. 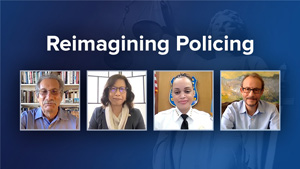 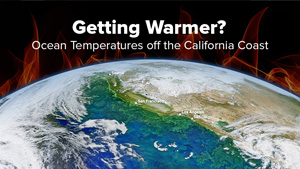 Local fishermen, surfers, and beachgoers know that ocean temperatures off California’s coast vary, often expectedly, and sometimes unexpectedly – you know, when the water is suddenly below sixty-degrees in the middle of an August heatwave! Join Scripps oceanographer and remote observation vehicle expert Katherine Zaba to learn how scientists deploy innovative ocean technology and just how these ingeniously built sentinels work to monitor and help us understand ocean warming phenomena, like marine heatwaves, the well-known “blob” and El Niño events, that affect not only California’s coastline, but our entire climate regime.

Watch Getting Warmer? Ocean Temperatures off the California Coast – Impacts of Climate Change in California and The West. 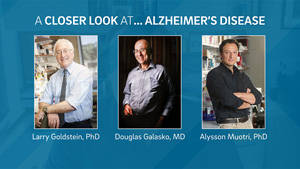 The clinical and research perspectives on Alzheimer’s disease converge in the latest installment of “A Closer Look.” Douglas Galasko, MD shares the basics of Alzheimer’s including biomarkers of the disease, current treatment options, and what physicians know. Larry Goldstein, PhD explains how researchers are using stem cell technology to search for new drugs to treat Alzheimer’s. An informative Q& A moderated by Alysson Muotri, PhD highlights the work to come and the practical questions surrounding new treatment possibilities.

“A Closer Look” aims to share emerging research and clinical strategies to help patients be informed and empowered. Take a look at our archive for in depth presentations on Parkinson’s disease, prostate cancer, and more.